How does a bastard, orphan, son of a whore, and a Scotsman, dropped in the middle of a forgotten spot in the Caribbean, by providence, impoverished, in squalor, turn out to be a bridge between two worlds? Lin-Manuel Miranda turned the ten-dollar founding father into a broadway hit. Now, I can spend time talking about how great Hamilton is, and we all will have a great time. But instead, how about we talk about WHY it’s so great? Hamilton does a lot of things musically that you might not necessarily notice, but it adds to the viewing/listening experience. Let’s take a shot and see what makes Alexander Hamilton so unique.

Hamilton uses motifs to help tell the truly amazing story and life of Alexander Hamilton. Now, you might be wonder what exactly is a motif? Not everyone likes music theory after all. Luckily, I got you covered.

An example of a lyrical motif is the line: “I am not throwing away my shot!” This phrase appears in My Shot, Right Hand Man, Yorktown (The World Turned Upsidedown), and Non-Stop, respectively. Did I mention this was just in the first act alone? Motifs help bind the story together. Whenever you hear the fanfare introduced in Alexander Hamilton, you know that Aaron Burr is about to drop some knowledge. There’s also Burr’s motif: “Wait for it.” Which we hear this repeated in the song Wait For It and again in Non-Stop. It’s used to tell us about Burr as a character. We see that Alexander is always taking every opportunity to advance his career, while Burr is going to wait and let things come to him. After all, he is the one thing in his life that he can control. The thing about a motif is that it can have dual meanings. When the line “Just you wait“. returns in Non-Stop, it’s used to foreshadow Hamilton’s death. “I am not throwing away my shot!” It is then followed by the crowd, chanting, “Just you wait.” A callback to the show’s first song, Alexander Hamilton. This is Miranda’s subtle way of telling the audience that Hamilton is going to throw away his shot in the upcoming duel with Aaron Burr. 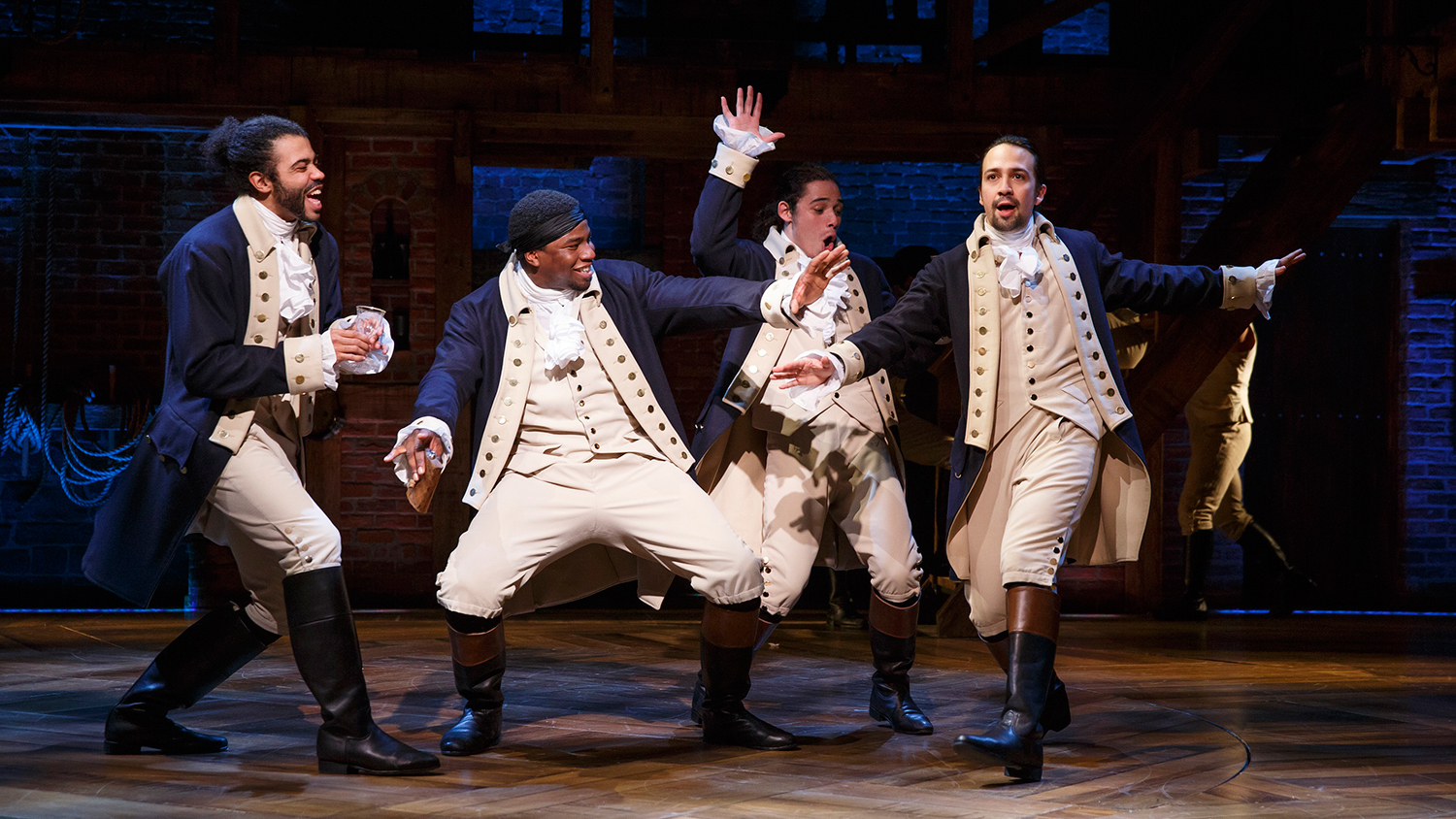 In a musical as lyrically dense as Hamilton, the motifs are something for the viewers to connect with. When we hear Philip play the piano and he’s playing a riff from The 10 Duel Commandments, you know that he is going to have a duel of his own. The same riff comes back in It’s Quiet Uptown. This theme for Philip morphs into the sad Eliza theme. It plays in Best of Wives and Best of Women, right before Alexander’s confrontation with Burr. We hear it every time Eliza loses or is about to lose someone she cares about. So why does any of this matter? All music is technically filled with motifs, right? Well, yes and no.

Miranda’s magnum opus is more than just your basic music theory. Each verse in each song packs emotional weight while also being (mostly) historically accurate. Let’s take a look at a bit of foreshadowing in the play’s second song, Aaron Burr, Sir.

“Burr: You want to get ahead?

Burr: Fools who run their mouths oft wind up dead.”

Yes, this is clearly set up for Hamilton and Burr’s duel is the second act, but this line has another meaning. Laurens is going to get killed while fighting against slavery. Things like this are why Hamilton can be replayed over and over again. We not only connect to the characters and their journey, but it’s done in a way we never really seen before. Music has hooks, riffs, and progressions that keep up locked into the song. Often times, a song can have just for major chords, and that’s enough to get stuck in our heads. Movies are different. We need to spend time with the characters, try and get to know who they are. Hamilton is unique in the fact that it has to do both. It’s pure music from beginning to end. The songs progress the story, it reflects the character’s emotions. It immerses us in a world where even orphan immigrants can leave their fingerprints, and rise up.

Hamilton’s last solo in the play is Hurricane. In which he says the line “I couldn’t seem to die.” We then hear in the background, “Wait for it.” This is again, Burr’s motif from Wait for It. Are you starting to understand what I meant by Musical Narrative? The story is being presented in a way that only makes sense your second time through. The use of motifs and themes enhance the listening experience. You feel pain when you hear It’s Quiet Uptown. More so after you recognize the Philip/Eliza theme. Motifs, key changes, and rhymes keep the listener engaged.

Our last example is from The Story of Tonight. The first line is, “I may not live to see our glory.” This song is again lead by John Laurens, who is killed towards the end of the first act. This is a simple one, but it comes back towards the end of the second act in The World Was Wide Enough. Alexander raises his pistol to the sky and says, “Raise a glass to freedom,” the main verse from the same song. Every verse, every lyric, every chord played in this masterpiece is there with a purpose. It impacts our emotions, moves us in ways other songs can’t. Miranda got the hook of a song, and emotional connection of film, and wrapped it in a history lesson. There’s no reason this should have worked, and yet here we are. We have rap battles about cabinet meetings, people know of the Reynolds Pamphlet, The Seige of Yorktown is now a song of victory. Miranda took made a truly unique piece of art that will be remembered forever.

One thought on “HAMILTON: Motifs and the Art of Musical Narrative”