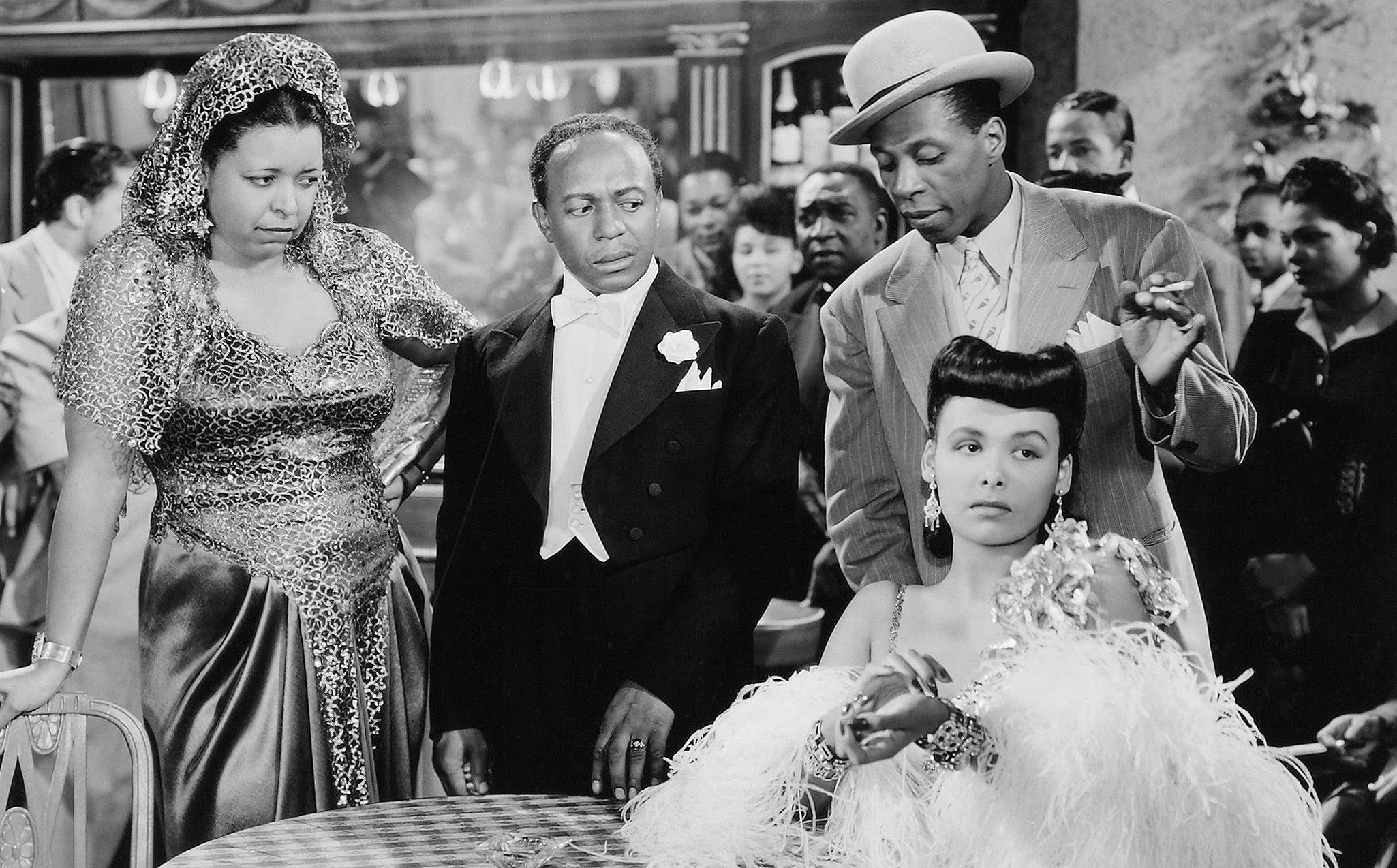 Cabin in the Sky was released in 1943 and stars Ethel Waters (Petunia Jackson), Eddie “Rochester” Anderson (Joe Jackson), Lena Horne (Georgia Brown), Rex Ingram (Lucifer Jr.), and Kenneth Spencer  (The General). The film is a musical comedy that is based on the 1940 Broadway musical of the same name. Fun fact: Waters and Ingram actually reprise their roles from the stage play.

The film follows Joe Jackson, a good-hearted but materialistic man whose repentance is cut short when he is killed for his gambling debts. Joe is given 60 days to change his ways and punch his ticket to heaven. Though, Lucifer Jr. and his minions will do everything they can to prevent that from happening. Petunia’s prayers gave Joe a second chance but will he be able to change his life for the better?

Cabin in the Sky a fun time with fantastic performances from the assembled cast! The music is excellent and features performances by Duke Ellington and his Orchestra. The film also features the Academy-Award Nominated song, ‘Happiness Is a Thing Called Joe’ and other standouts.

I enjoyed Waters’ role in particular. She delivers a touching performance, and her singing is outstanding. The film still suffers from a few racial stereotypes, but on the whole, it is pretty respectful to its cast and the audience.

Having an all-black cast was rare in the 1940s, and unfortunately, many theaters refused to play the picture for that very reason. The film was banned in Memphis, TN, and police shut down a showing 30 minutes into the film in Mount Pleasent, TN. However, that didn’t stop the movie from grossing nearly 26 million dollars at the domestic box office [numbers adjusted for inflation].

Cabin in the Sky is a charming film that broke new ground in the entertainment industry. It’s not without its flaws but shows that changes were starting to take place in Hollywood. Decades later, in the year 2020, the film was inducted into the National Film Registry, where it will be preserved forever.

One thought on “Cabin in the Sky Review”