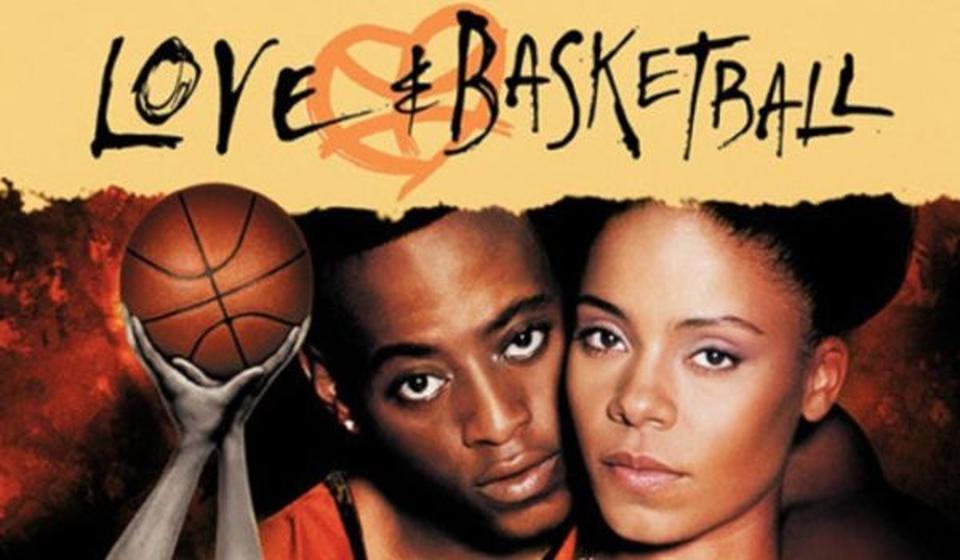 Love & Basketball is about two professional athletes who fall in love at first sight. Will the love of basketball drive them apart or be the force that binds them together?

We follow Monica Wright (Sanaa Lathan) from age 11 all the way to her late 20s. She dreams of being the first woman in the NBA and bonds with her neighbor Quincy McCall (Omar Epps), an NBA player’s son. Their shared love of basketball is the crutch of their relationship. It’s what brings them together, but also what drives them apart. Everything comes easy for Quincy. He dreams of playing the NBA (like his father), and scouts are constantly watching him. He’s a prodigy, so things come naturally for him. Monica is equally as talented as a player, but it’s harder for a woman to stand out in sports. She has to overcome challenges with her family’s disapproval of her being an athlete and the pressure of getting recruited for college.

This starts to drive a wedge between Monica and Quincy because as soon as Monica has a breakthrough, she has to make an impossible decision. Is the love of basketball more important than her love for Quincy? That’s the question Monica faces throughout the film.

This is Gina Prince-Bythewood’s directorial debut [excluding television], and she does a fantastic job! The film deals with life as an athlete and shies away from the SportsCenter highlights. Focusing on the pain of losing or the pressure to always be on top. The story pretty by the numbers, and after the first five minutes, you know how it will play out. However, I believe that if done well, any story is worth telling, even if it’s been done before.

Quincy McCall’s character is necessary to the plot but is often the worst part of the film. Epps is often stiff and doesn’t convey the emotion required for a story like this. Lathan falls into similar trappings, but she is given so much more to work with. A film focusing on a female athlete is rare, and I love how they showcase their lives when playing in high school or in Europe.

Love & Basketball isn’t a perfect film, but it delivers a nice refreshing romance film told from a unique perspective. The ending is a little rushed, but on the whole, I enjoyed it! A heartfelt story about two people bonding over the game they love. I can’t ask for anything more.